The Problem with Freedom

the power or right to act, speak, or think as one wants without hindrance or restraint. 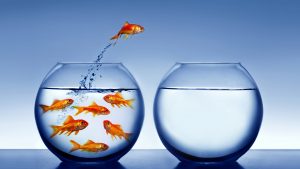 When I was younger I didn’t want anyone telling me what to do. I was independent, proud, and wanted to do my own thing. I felt that when people told me what to do, they were demeaning me as a person. Somehow their guidance and advice seemed like limitations on my freedom. After a lot of mistakes, blunders, unnecessary hurt feelings, people leaving and my wife feeling like I was doing my own thing, I deduced that unrestrained freedom isn’t all it’s cracked up to be.

The unhealthy freedom I had been living in, led to unnecessary mistakes; where people were hurt and wounded by decisions I made out of my own wisdom. It created scenarios where it was all about me. In other words, whether something succeeded or failed, I was the epicenter of people’s attention.

When things were going good it was great for me! The only problem was that there were other people working hard, just like me, who didn’t get the attention they deserved. More importantly God wasn’t getting the credit he deserved.

Conversely, when things went poorly, I became the touch point for people’s pain.

Either way, it was too much for any one person to carry.

I’ve learned that Lone Ranger leadership is NEVER healthy. It’s not healthy for the organization, the team, or the leader. And it certainly doesn’t bring honor to God.

In John 6:38 Jesus says – For I have come down from heaven, not to do My own will, but to do the will of Him who sent Me.

If the son of God needed authority and accountability in his life, how much more do you and I?

Just like Jesus needed authority in his life, we need authority in ours. God’s authority always includes people. If I’m not submitted to a person, I’m probably not submitted to God. Our tendency toward independence has caused us to live and lead in isolation. Sure, you’ve got a team, but do they have any teeth? Do you have the ability, through force of will or loopholes to do your own thing? Is there a person in your life, outside of a spouse, who is regularly calling you to account, asking the tough questions, and knows your weaknesses? Do they know you are submitted to them?  If you haven’t made it clear in the last six months, they probably aren’t sure.

One day my wife said, “I need more of you.” I thought to myself, “More of me? I’m providing for the family and loving the kids, what more do you want?”

What she wanted was to partner with me. She wanted me to open myself up to her in fresh ways and feel like she’s not just another employee, but that we are in this together. I had to re-center on my marriage and to get there I needed to re-center on God. I had to stop making everything about me. The sooner we learn as leaders that whatever we are doing is not ultimately about us, the better off we will be. Why? Because when God is the center of it all, I can literally lean on him to sustain whatever I’m doing. I have a part to play and I need to do my best but at the end of the day, I’m simply following his lead. The results are his to manage.

Just a guy with a great wife, fantastic kids, good friends and a really big God!
View all posts by keithspurgin →
This entry was posted in Leadership, Relationships. Bookmark the permalink.

17 Responses to The Problem with Freedom